Search
Menu
Search
Check out our gallery of Gal Gadot's hairstyles over the years. Get hair inspirations from this talented Israeli actress and model to find a hairstyle that will look just as good on you. 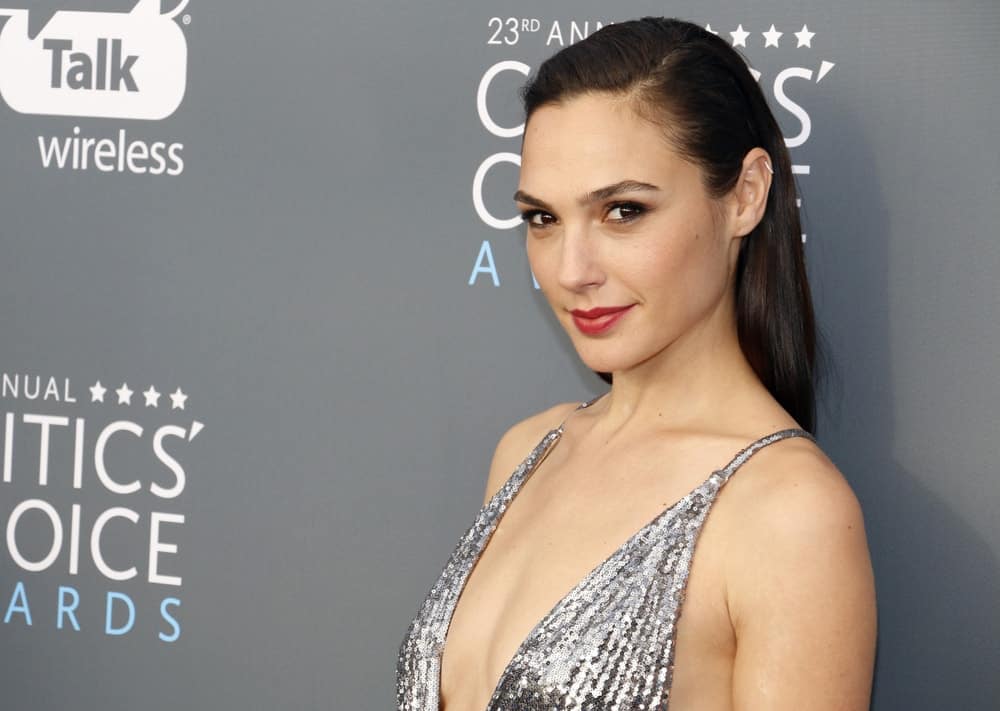 The whole world knows Gal Gadot nowadays as DCEU’s Wonder Woman, the badass goddess who led the Justice League. She also starred in her own Wonder Woman solo movie that is considered as DCEU’s most successful movie to date.

Gadot first tasted the limelight with winning the Miss Israel Beauty Pageant when she was 18 years old. She went on to represent her country in the 2004 Miss Universe Beauty Pageant and she made her country proud. After that, she did more for her country by doing two years of service in the military. In an interview with Maxim, she said that she also trained soldiers in gymnastics and calisthenics.

She first got into acting when she auditioned for a James Bond movie but lost the role to Olga Kurylenko. She kept going and eventually got her big break in the form of the Fast and the Furious. This launched her acting career into hyperdrive. She got into more movie roles and eventually landed the coveted Wonder Woman role-of-a-lifetime.

Her role as Wonder Woman called for a lot of work. She had to add muscle to her frame and hours of combat training as well as horseback training. One thing that she didn’t much work on is her hair which was already very healthy long before the role. She said in an interview that the secret to her healthy hair is that she washes it every day and airdries it naturally.

Be inspired by Gal Gadot’s strong character and hair transformations. Here are Gal Gadot’s hairstyles over the years. 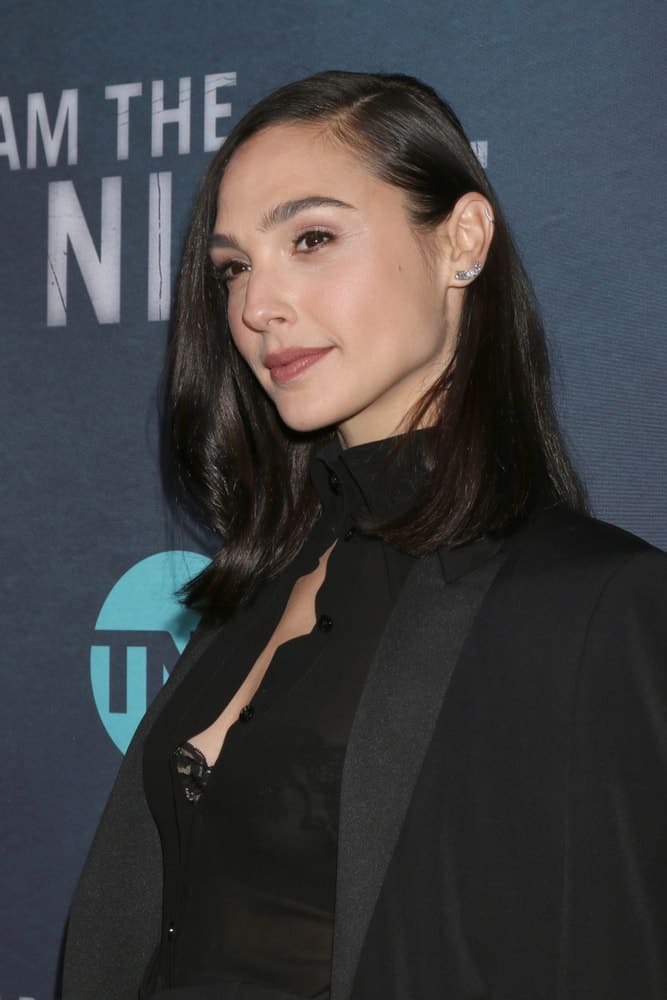 Gal Gadot attended the “I Am The Night” Premiere Screening at the Harmony Gold Theater on January 24, 2019, in Los Angeles, CA. She wore an all-black outfit to pair with her shoulder-length side-swept raven hairstyle with waves at the tips. 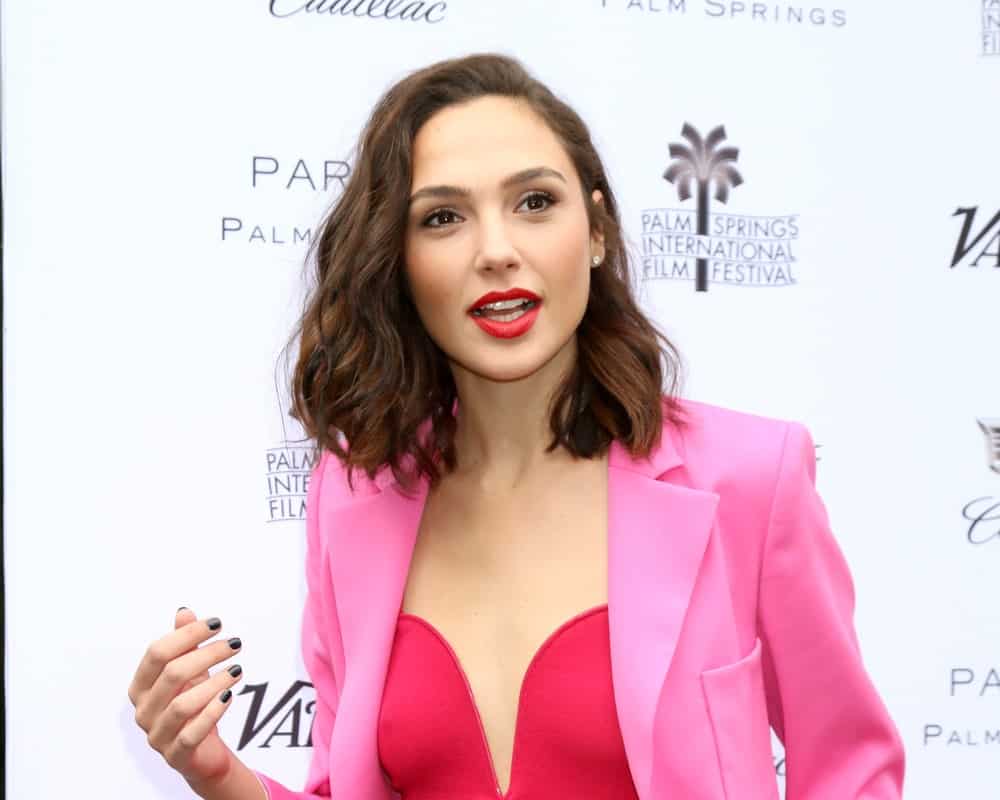 Gal Gadot attended the PSIFF Creative Impact Awards & “10 Directors to Watch” at Parker Palm Springs on January 3, 2018, in Palm Springs, CA. She wore an all-pink outfit to pair with her shoulder-length tousled wavy hairstyle with highlights and a side-swept finish. 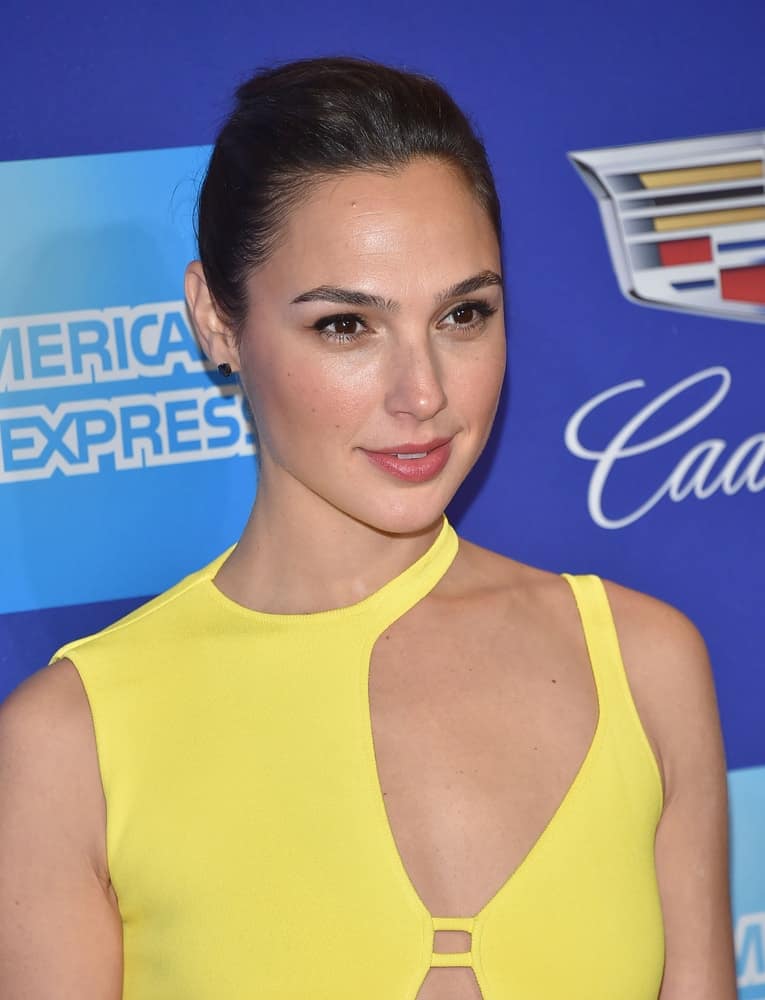 Gal Gadot was at the 2018 Palm Springs International Film Festival Awards Gala on January 2, 2018, in Palm Springs, CA. She wore an elegant bright yellow gown with her slick bun hairstyle and simple makeup. 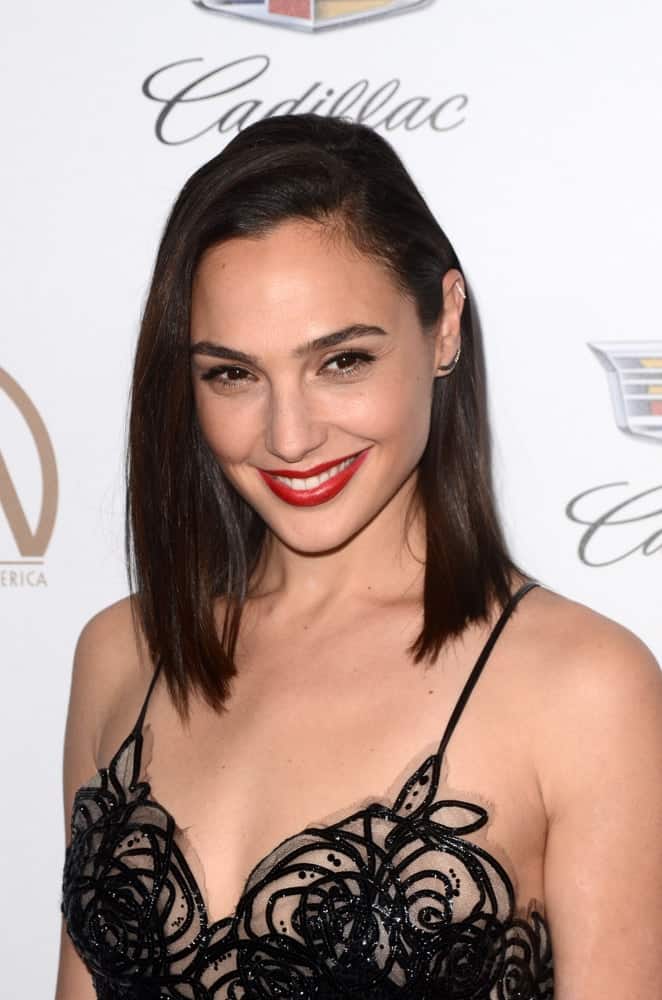 Gal Gadot was at the Producers Guild Awards 2018 at the Beverly Hilton Hotel on January 20, 2018 in Beverly Hills, CA. She came in a detailed black dress that pairs perfectly with her shoulder-length straight dark hairstyle with a side-swept finish. 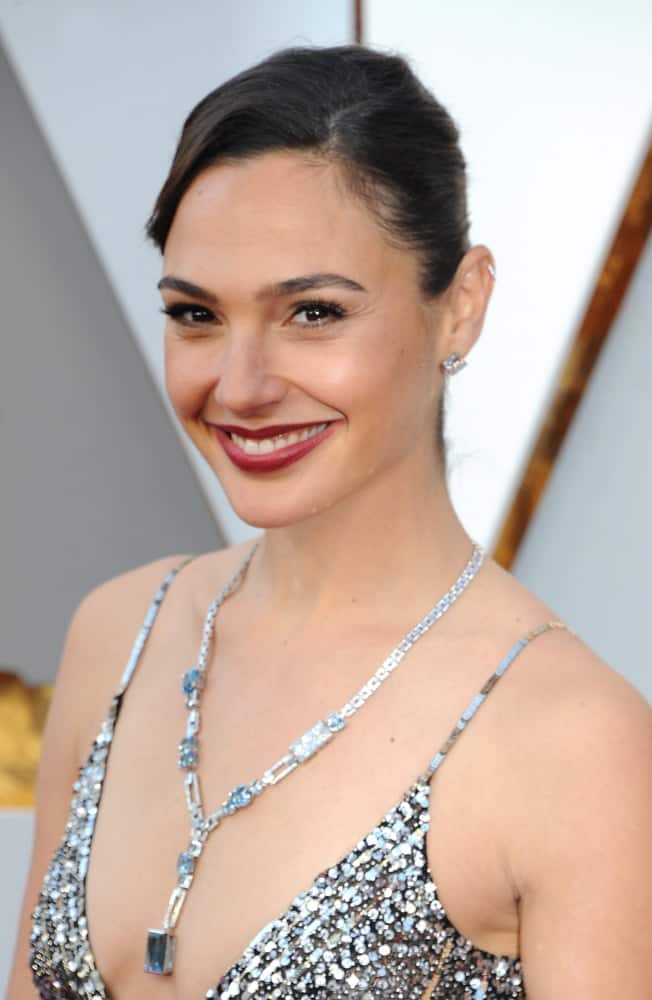 Gal Gadot attended the 90th Annual Academy Awards held at the Dolby Theatre in Hollywood, USA on March 4, 2018. She wore a matching necklace for her silver sequined dress and a slick side-swept ponytail hairstyle.

Gal Gadot attended the 23rd Annual Critics’ Choice Awards held at the Barker Hangar in Santa Monica on January 11, 2018. She paired her silver dress with a slicked-back raven hairstyle and red lips. 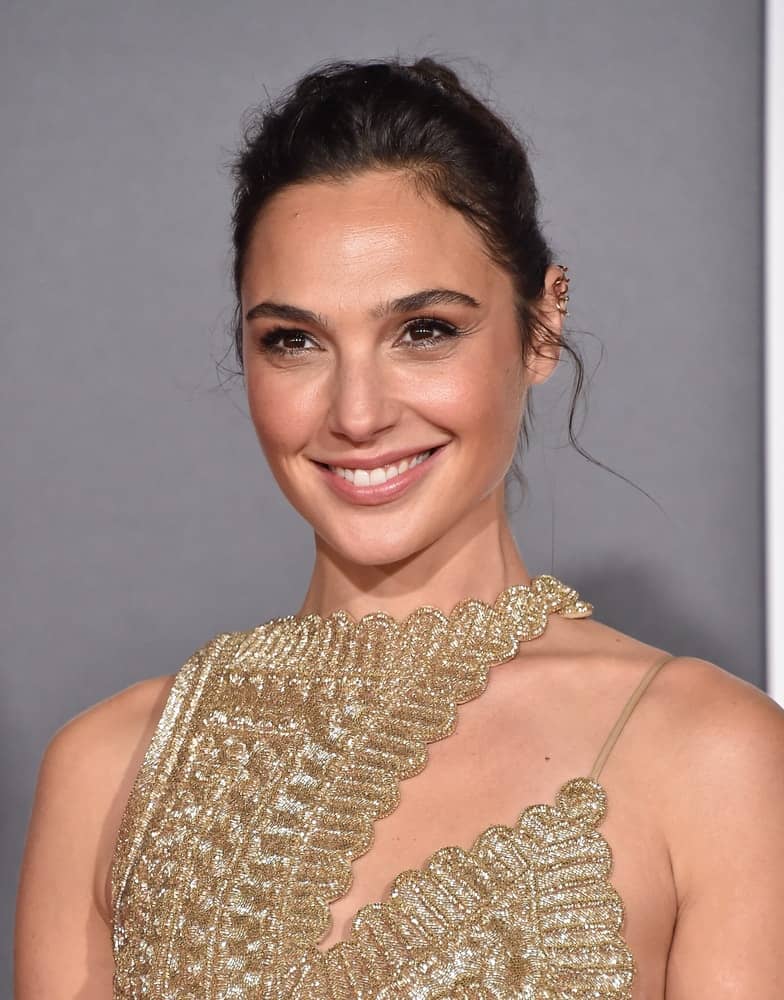 Gal Gadot attended the “Justice League” World Premiere on November 13, 2017, in Hollywood, CA. She came in an asymmetrical golden dress with her hair styled into a messy bun with loose tendrils. 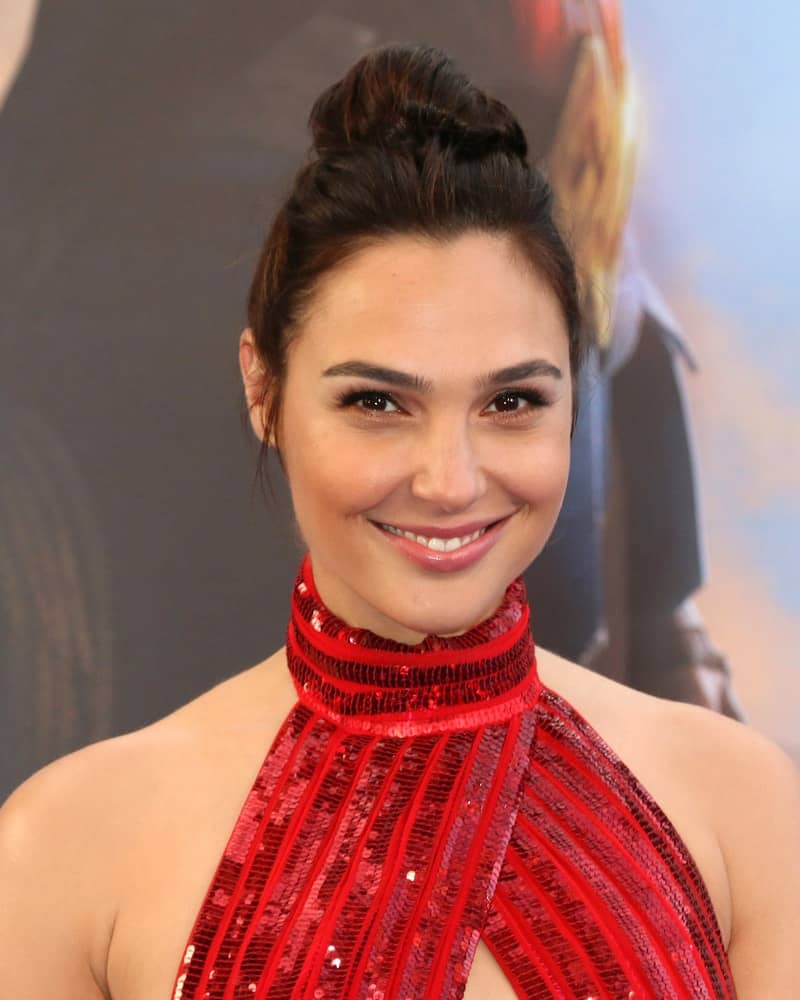 Gal Gadot attended the “Wonder Woman” in Los Angeles Premiere at the Pantages Theater on May 25, 2017, in Los Angeles, CA. She wore a red sequined dress to go with her top knot bun hairstyle and simple makeup. 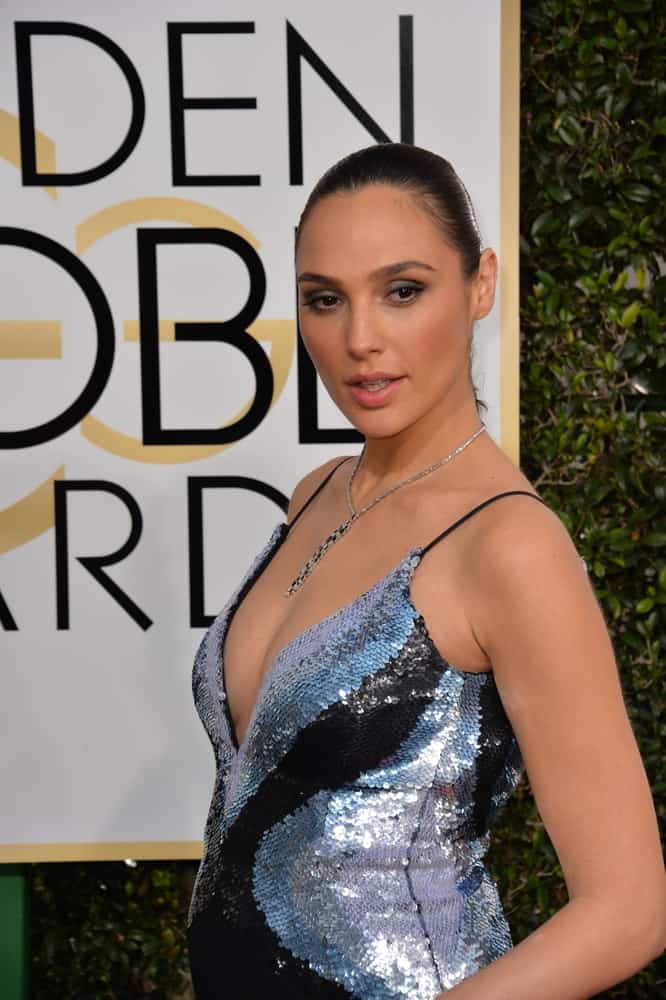 On January 8, 2017, Gal Gadot attended the 74th Golden Globe Awards at The Beverly Hilton Hotel, Los Angeles. She was wearing a black and silver shimmering dress to pair with her slicked-back raven hairstyle. 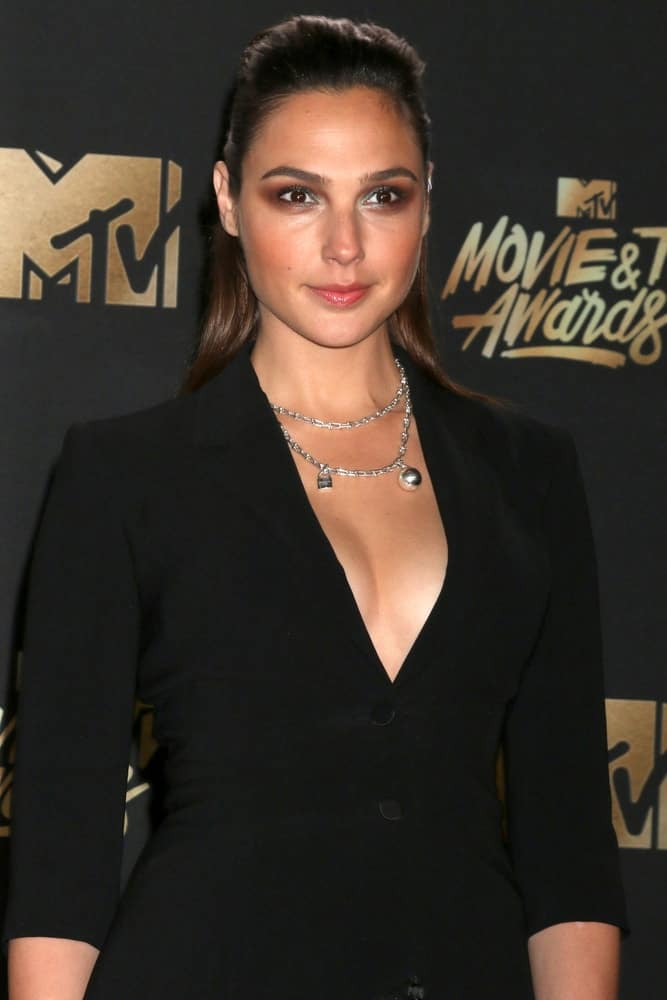 Gal Gadot attended the MTV Movie and Television Awards at the Shrine Auditorium on May 7, 2017, in Los Angeles, CA. She came with a stunning black outfit to pair with her slicked-back half-up straight hair with subtle highlights. 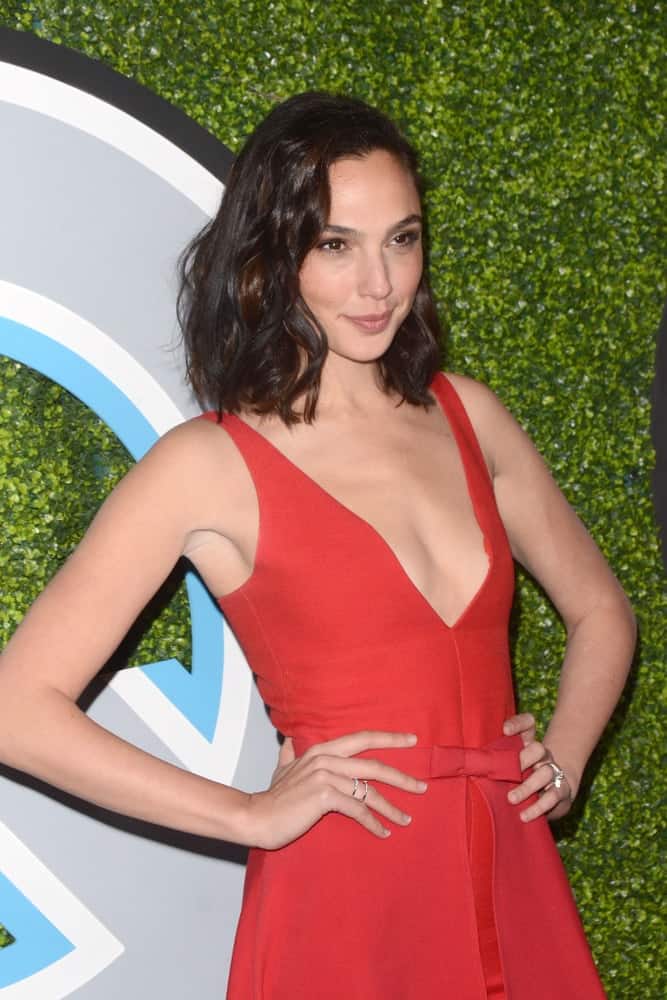 Gal Gadot attended the 2017 GQ Men of the Year at the Chateau Marmont on December 7, 2017, in West Hollywood, CA. She paired her lovely red dress with a shoulder-length tousled wavy hairstyle. 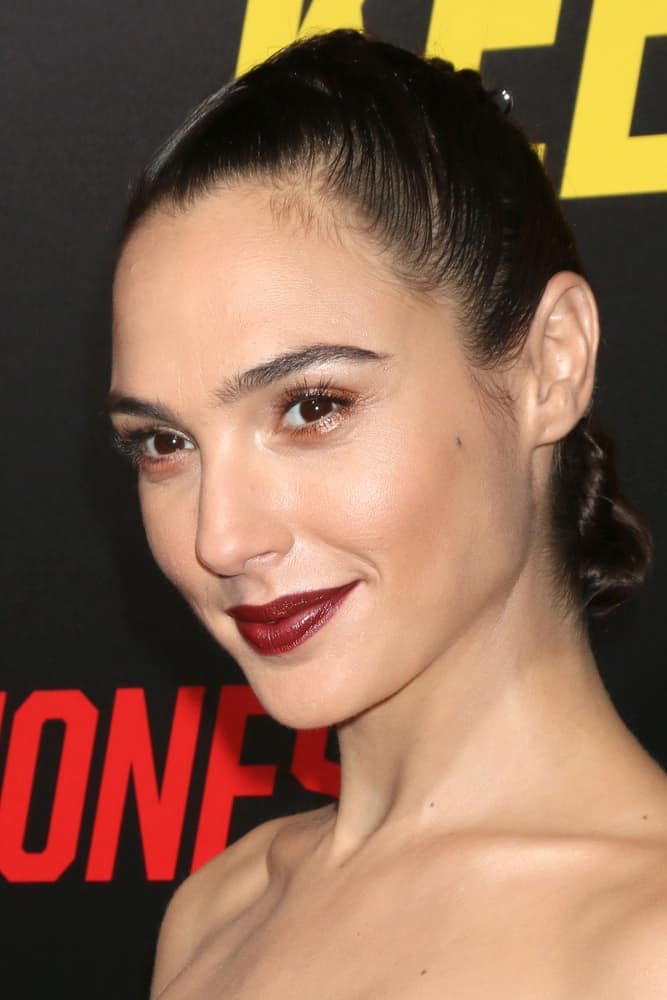 Gal Gadot was at the “Keeping Up with the Joneses” Red Carpet Event at the Twentieth Century Fox on October 8, 2016, in Los Angeles, CA. She paired her dark red lips with a slick raven bun hairstyle. 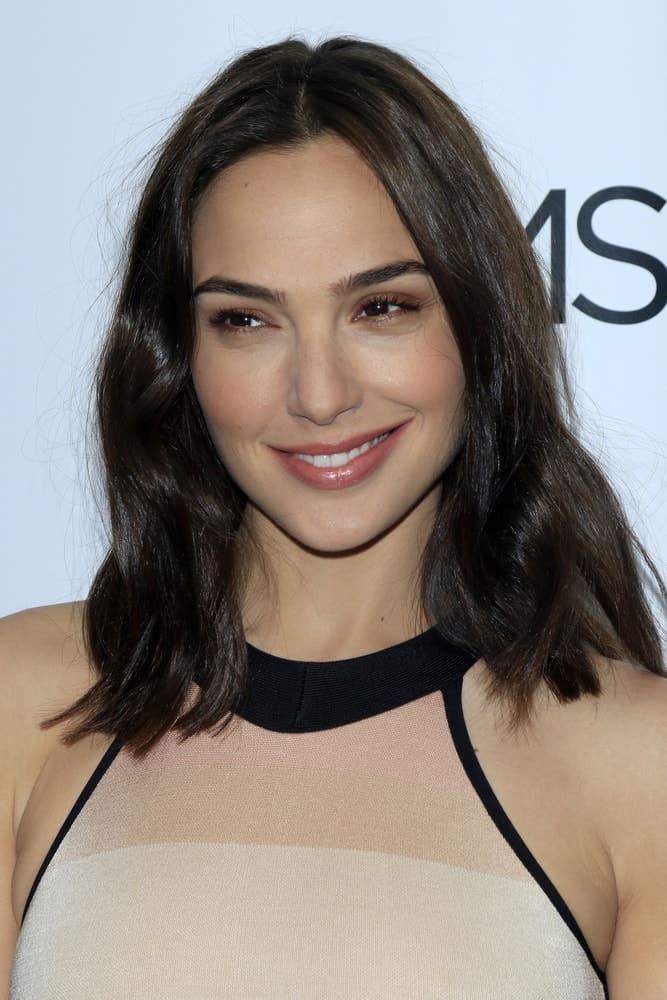 Gal Gadot was at The Moms Present a Screening of ‘Keeping Up With the Joneses’ at The London Hotel on October 20, 2016, in West Hollywood, CA. She came in a simple beige dress that she paired with simple makeup and shoulder-length loose tousled hair with subtle layers. 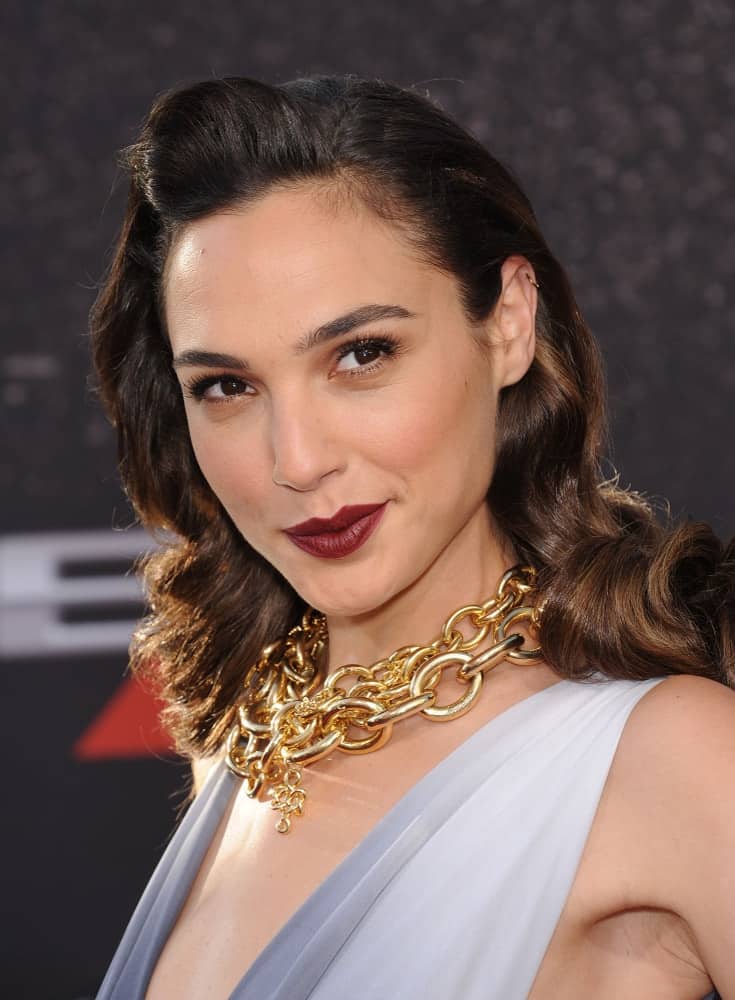 Gal Gadot attended the “Fast & Furious 6” US Premiere on May 21, 2013, in Hollywood, CA. She wore a golden chain accessory to match her vintage curly hairstyle with a pompadour finish. 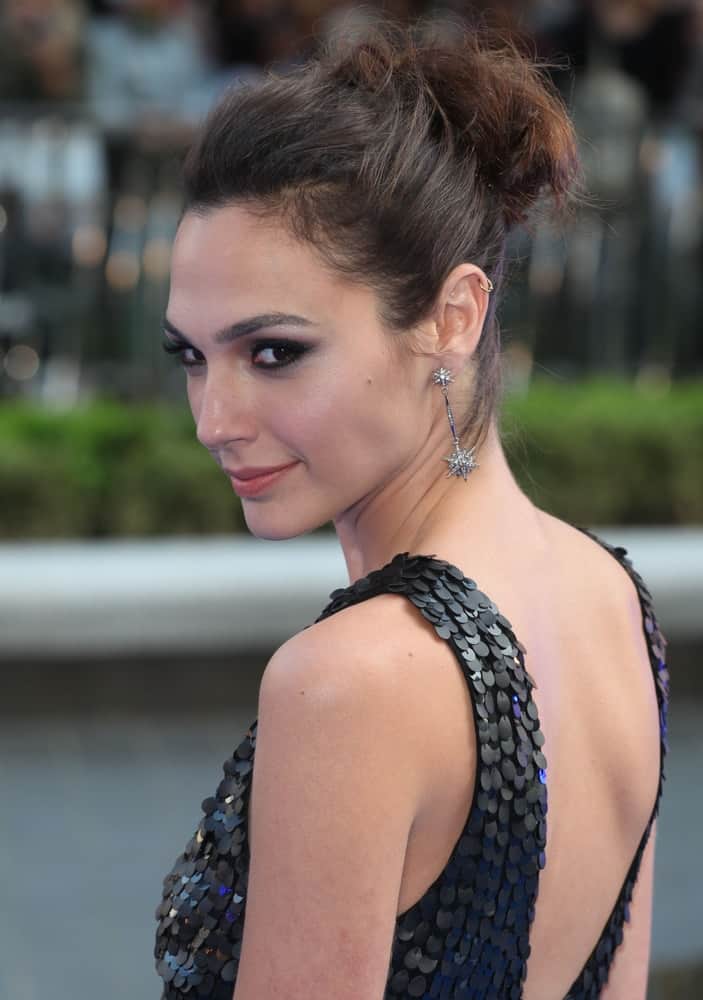 Gal Gadot attended the ‘Fast And Furious 6’ Premiere, in the Empire Leicester Square, London on May 7, 2013. She wore a stunning black dress that paired perfectly with her messy upstyle bun hairstyle with loose tendrils. 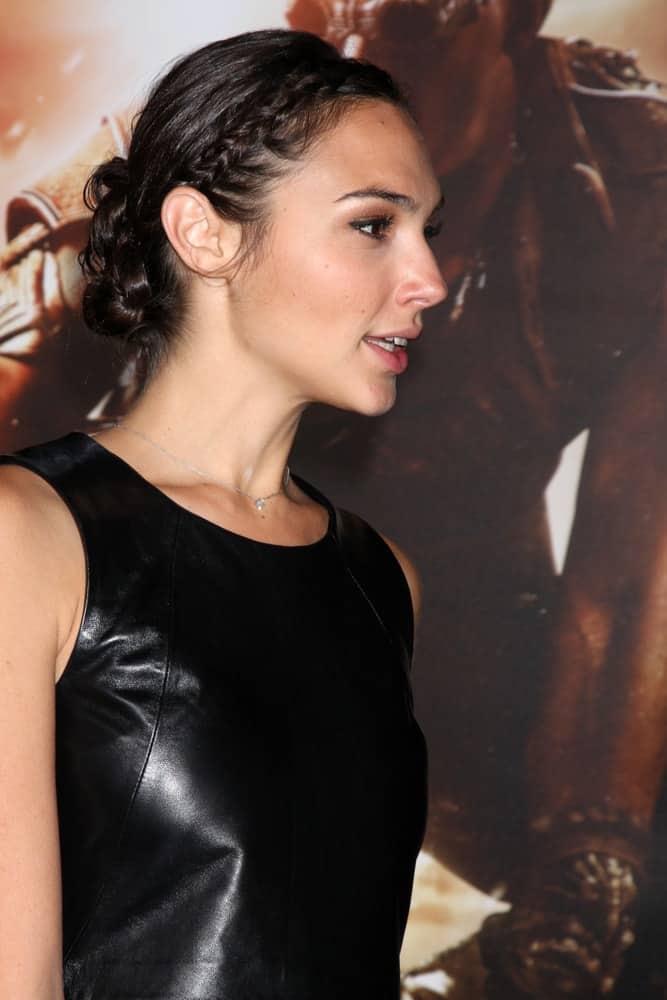 Gal Gadot was at the “Riddick” Premiere at the Village Theater on August 28, 2013, in Westwood, CA. She wore a black leather dress to pair with her braided bun hairstyle and simple makeup. 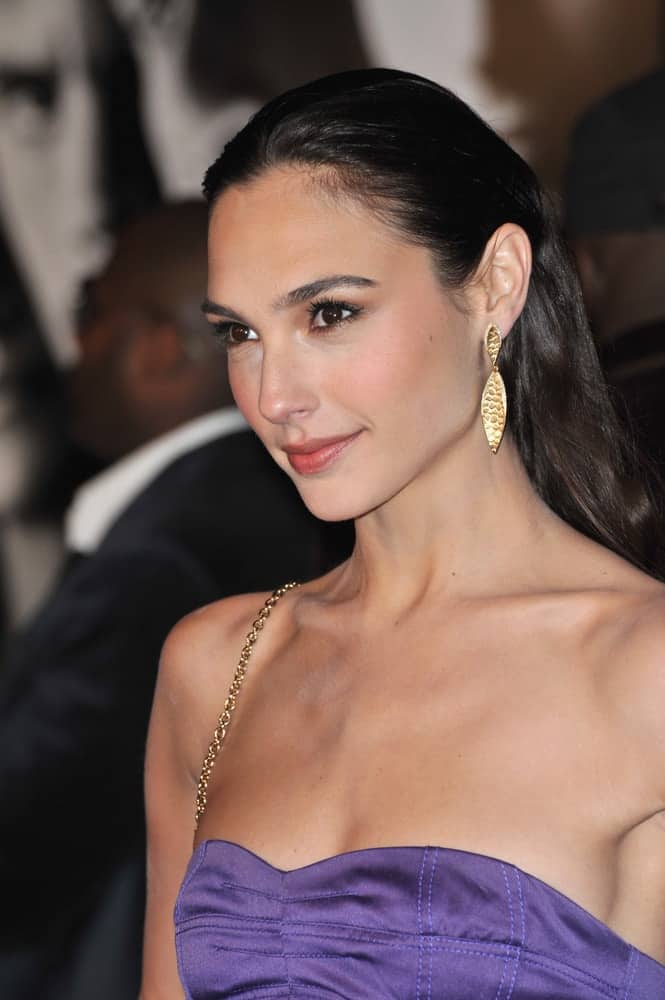 Gal Gadot was at the world premiere of her new movie “Fast & Furious” at the Gibson Amphitheatre, Universal Studios, Hollywood on March 12, 2009. She came in a stunning purple strapless dress paired with a slicked-back raven hairstyle. 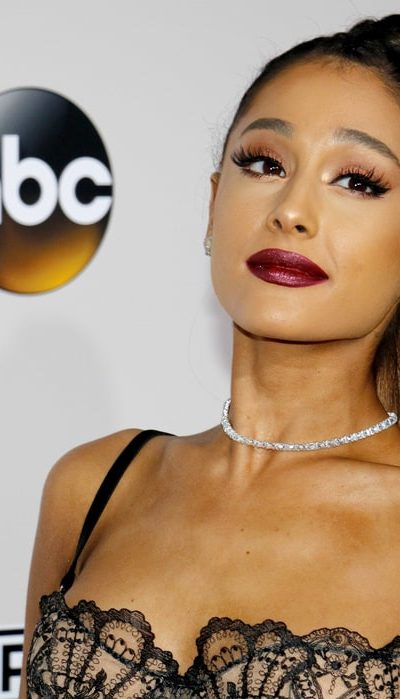