Search
Menu
Search
From the teasing comb and rat-tail to the all-purpose and wide-toothed wooden combs, this amazing hair tool has been around for centuries to style and detangle the hair of women, men, and children throughout the world. There are many versions of combs on the market today to complete any hairstyle. 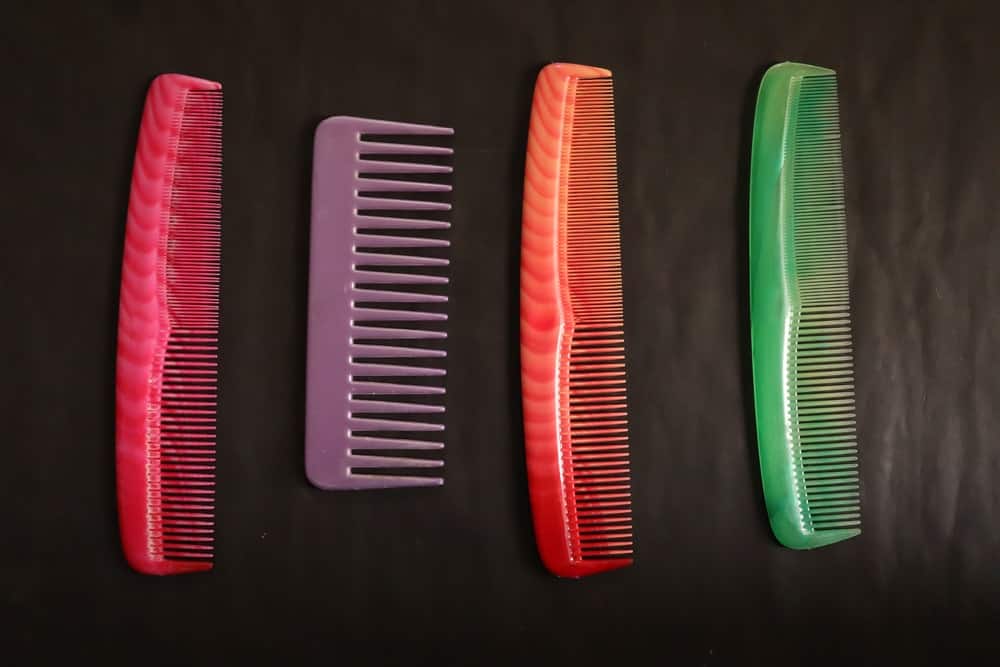 Pretty much everyone on the planet has used a comb to detangle or style their hair.

The comb has been around for a really long time with archaeologists unearthing combs that can be traced back to 2,500 B.C. The comb is one of the oldest tools used by our ancestors so very long ago with the first one being found in Sweden. Back then, the comb was used as a decorative piece of art as well as a tool to comb people’s hair. Combs given as burial gifts date back to 1800 to 500 B.C. and they were made of materials such as bone and bronze.

Over time, combs morphed into different shapes and styles. They were created to be wider than the original ones and were in the shape of a half-moon. During the Iron Age, combs were created from, you guessed it, iron. As that time period progressed, the combs were produced to be more narrow.

People began to create combs from bone, wood, or the bone or antlers of a deer or horn of a moose in the Middle Ages by using a comb maker. By the early part of the nineteenth century, people were still making combs from horns but added tortoise shells as an option to create the sought-after hair tool.

In the early 19th century, combs were made of tortoise shells and horns. Isaiah and John Hyatt were two brothers who took the comb industry by storm when they successfully came up with a way to produce combs made of celluloid as a replacement for the ivory that was being used then. Mass production of combs began at this time and progressed into the comb industry it is in today’s market.

In the 1980s, I remember collecting combs that had a swirl design in a variety of color schemes. I was a young girl but one of my friends was already a teenager and she always carried one in the back pocket of her jeans. It stuck out at the top so everyone could see it and was one of the many stylish things to do in the Eighties.

I became obsessed and bought many of those with my allowance. It made me feel like I, too, was a teenager although I rarely used a comb to feather my hair which was part of the fad. My hair is naturally very curly so it was a futile task but I collected them anyway.

The comb is a very important tool for hairstylists as they use it to detangle the hair of their clients and highly recommend combs for use at home for the same purpose as a comb can prevent unnecessary breakage.

Here is a list of the many different types of combs there are on the market today that are used to detangle and style hair for women and most men, to simply comb their hair and look presentable. Many people also use a comb to detangle and style the hair of children since it seems to work better on their hair that tends to be fine and thinner than adults.

Just like the name implies, the all-purpose comb is used to comb the hair of men, women, and children for a variety of reasons. This type of comb is produced to be extra sturdy and durable so it can be used to comb very thin hair or really thick or curly, coarse hair. You can use it to comb out your hair and style it or just to simply touch it up.

The all-purpose comb is available in a variety of lengths and colors but the seven-inch long version is the most widely used of this type of comb. While the larger version is used by people at home, a smaller version is available and is preferred by people who want to take their comb with them in their pocket or purse for touch-ups later. 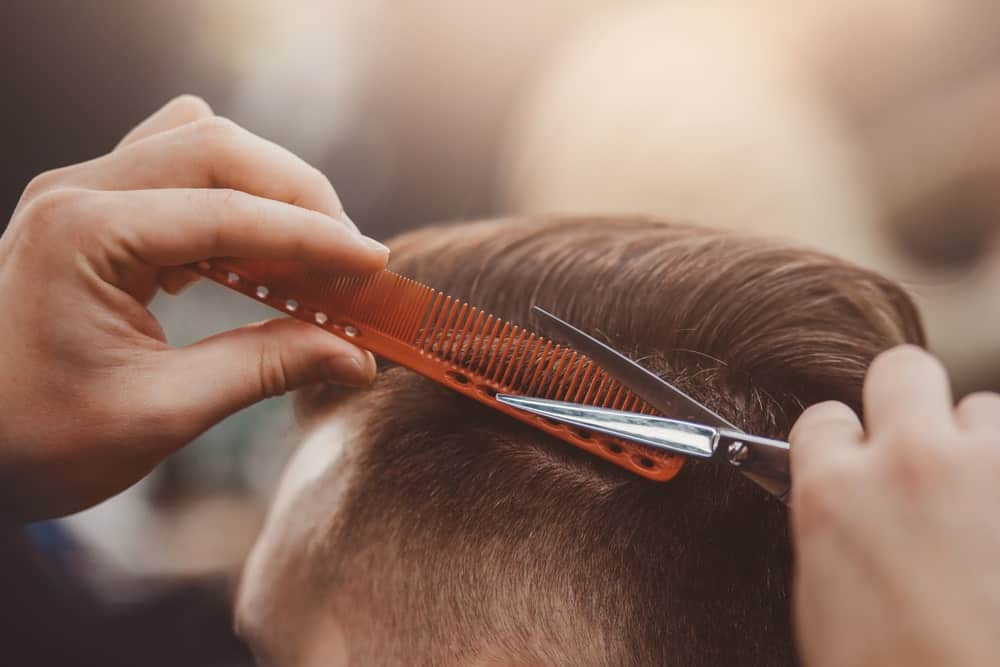 It allows the hairstylist or barber to trim the hair without getting too close to the head of the person they are working on and accidentally injuring them with their scissors. The comb offers a wide-tooth end while the other end is a fine-tooth comb.

There is also a tapered version of the barber comb which is wider at one end than the other. It works even better for protecting the person’s scalp from injuries from scissors since it can act as a guard that will put you in mind of the guards used on electric clippers or shavers.

You can purchase this type of comb in stores although they are more readily available at beauty supply stores that are frequently used by hairstylists and barbers.

Fine-tooth combs are great for putting all of your hairs in place since it has teeth that are extremely close together. Those tightly placed teeth come in handy for you or your hairdresser when creating hairstyles that are very neat and super straight.

For those of us with really thick, coarse hair, the fine-tooth comb will not be your first choice as you take a chance on pulling the hair or even breaking the comb. It can also make you lose more hair than the daily amount that is normally shed since the teeth are so close together.

While there are more options than ever in today’s market for finding and getting rid of hair lice, the fine-tooth comb has been used for decades to comb through the hair and check for lice eggs while removing them in a more efficient way with the tightly knit teeth of the fine-tooth comb.

The rake comb got its name from the way it looks much like a rake. Its teeth are farther apart than most combs and thicker, creating the look of a rake. If your hair is a ratted tatted mess, this is the comb you will want to use to detangle it and smooth it out.

Many people with naturally curly, coarse, or frizzy hair use this comb regularly to help detangle their hair, especially after being in the wind or after a night of tossing and turning instead of sleeping soundly.

The rake comb moves easier through thick or tangled hair without as much pain, anguish, and hair loss that can be caused by combs that have teeth that are placed closer together. This comb will also save you time in detangling your hair and most versions of the rake comb sport a handle that makes it much easier and quicker to use. 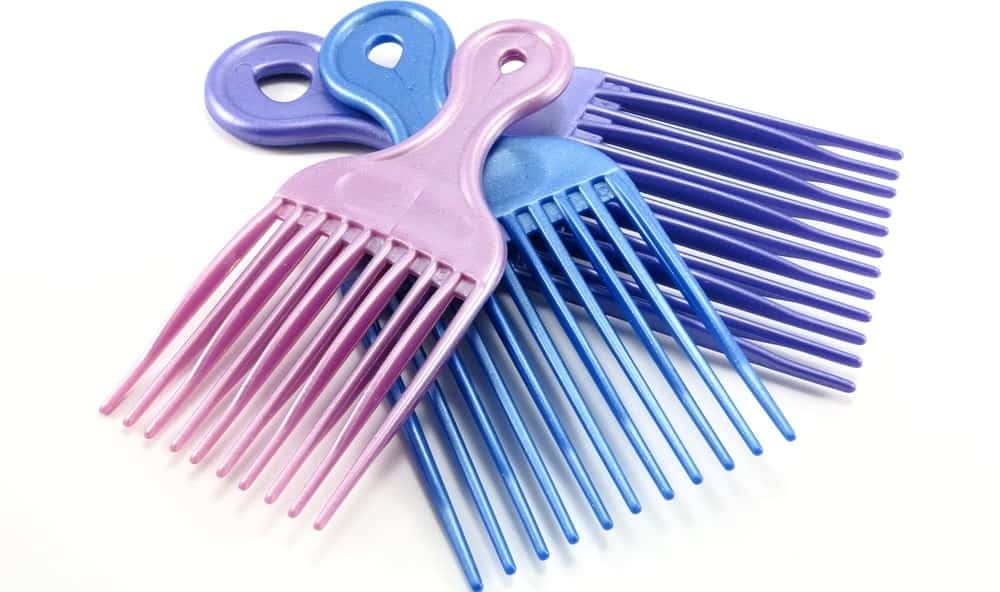 Very similar to a rake comb, the pick comb is created to lift the hair and move easily through thick, curly, or tangled hair. The teeth are placed widely apart and it has a short handle, making it easier to move it through the hair. I personally use a pick every day on my naturally curly hair and prefer it over any other style of the comb. It works great when curly, thick hair is wet or damp and you can also tease the hair with it.

Pick combs are available in a plastic version or a metal one and are offered in a variety of colors and sizes. They are large enough to get the job done yet small enough to take with you in your purse or pocket.

The wide-toothed wooden comb is great to use on tangled wet hair or even knotted hair. It is much healthier to use on your hair than its metal or plastic counterparts which can cause static in your hair and cause more tangling. It also works great when you want to comb conditioner or other hair products through your wet hair.

The rat tail comb boasts a long and thin handle that works great when parting your hair. It is widely used by hairstylists when they want to separate your hair to apply color, wrap in foil for highlighting, roll up your hair in sections to put a permanent in it, and when sectioning the hair to straightening it with a straightening iron. It is used often by people doing these things to their own hair at home also.

The part of the rat tail comb that is used to comb their hair features a fine-tooth section with also helps in parting and separating the hair. These combs are readily available at any place that sells combs so you can have one on hand all the time to use on your own hair, your children’s hair, or your partner’s hair as it works great for men, women, and children.

Very similar to the rat tail comb, the pin-tail comb boasts a handle that is even more thin and long to use when parting your hair. This type of comb is actually the preferred choice of many hairstylists and people at home while they are straightening their hair with a flat iron because it makes it easy to section the hair and not miss any loose hairs. It also works great when putting the hair into rollers or curlers as it helps to grab certain sections of hair.

The pin-tail comb can be found easily in most stores and, like the rat comb, is very affordable. 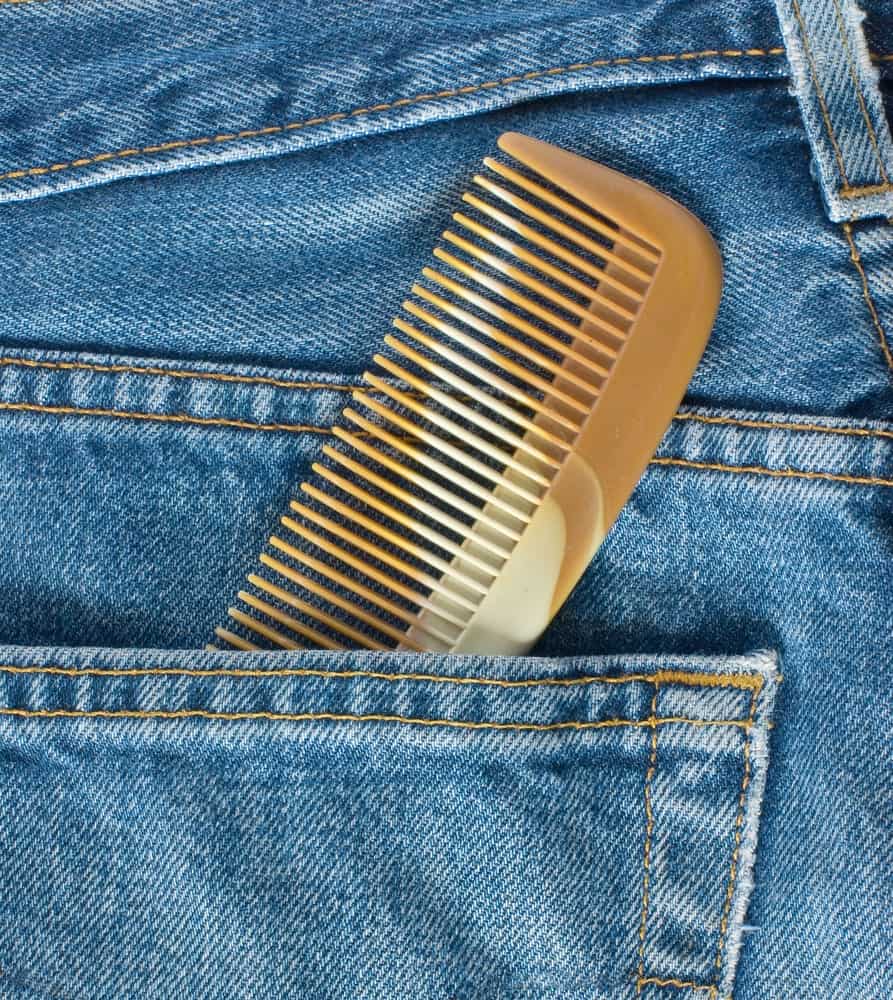 The pocket comb is created specifically to fit into your pocket. It offers a wide-tooth section and a fine-tooth area to make it convenient for you to use for a variety of reasons. From putting your hair back in place while you are out and about or detangling it on the go, it is a very convenient option. The pocket comb is also very sturdy and durable so it will last a long time and is not too expensive to purchase.

The teasing comb was a must-have in the 1980s when huge, teased hair was all the rage but it is still widely used today to tease certain areas of the hair when creating an array of different hairstyles. It will even help thin-haired people in increasing the volume of their hair, adding more body and texture to their style. The comb sports teeth are varied in length and most are made of metal.

A wide-tooth comb gets its name from the widely spaced teeth that are very helpful in detangling hair or combing out wet hair. Since wet or damp hair tends to be weaker and more prone to breakage than dry hair, this comb is gentler and will cut down on the number of split ends in your hair. 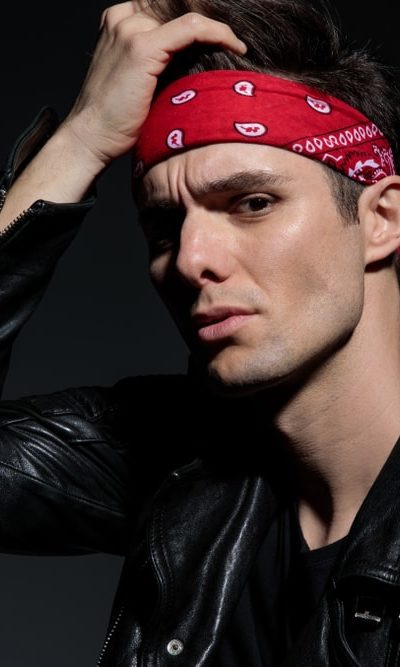 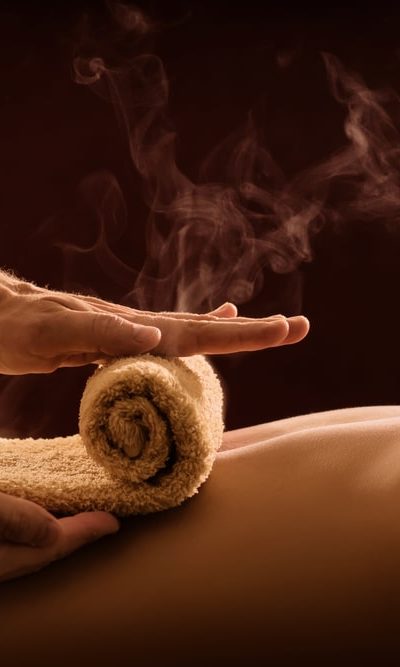