Search
Menu
Search
The shape of your eyes can say a lot about you and can define your entire face. Here are some common eye shapes and a bit about them.

We are each different, even members of the same genetic family can have dramatically different features. As such, a prominent feature like eyes, something that we all tend to notice first, can differ greatly from person to person.

Not only color can differ but also size and shape. Knowing a bit about different eye shapes can help you identify what your eye shape is or what the eye shape of someone you might know is. Here are eight of the most common eye shapes and a bit about them. 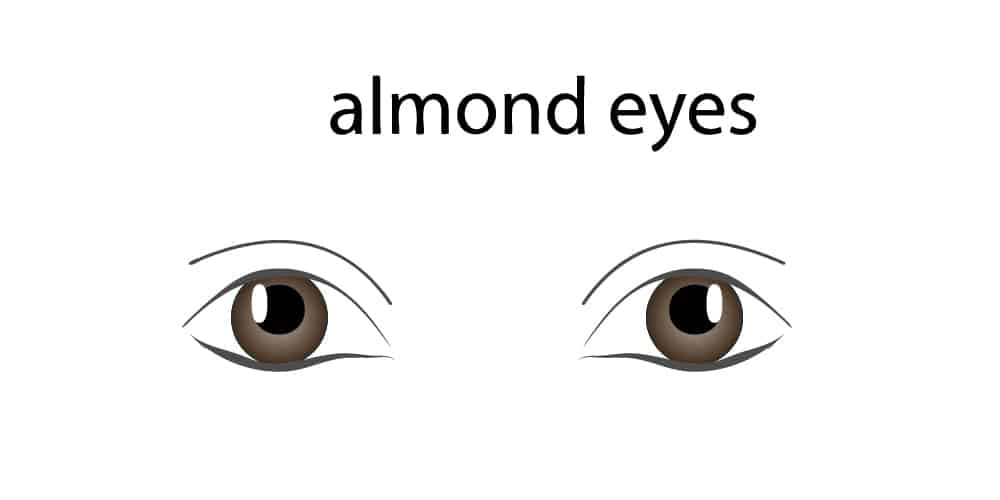 Almond eyes are almost always described as large, bright, and ideal as far as eye shapes go. Almond eyes are shaped like an almond laid on its side with the outer portion of the eye being larger and rounder and the inner corners of the eye are narrower.

This is a highly desired eye shape as it does lend itself well to a variety of makeup styles. Almond eyes are almost always very proportionate and often people associate those of Asian descent or heritage as having this shape eye.

Eye shape has nothing to do with the overall position of the eye or how far apart they are or what color they are. Almond-shaped eyes are often the eye shape that is used in animation. The almond eye shape is often seen as sultry or sensual.

A good example of a celebrity with an almond-shaped eye is Mila Kunis or Dwayne Johnson (The Rock). A common problem with almond eyes is wrinkles at the corner of the eyes and your eyes may appear to be sleepy at the same time. 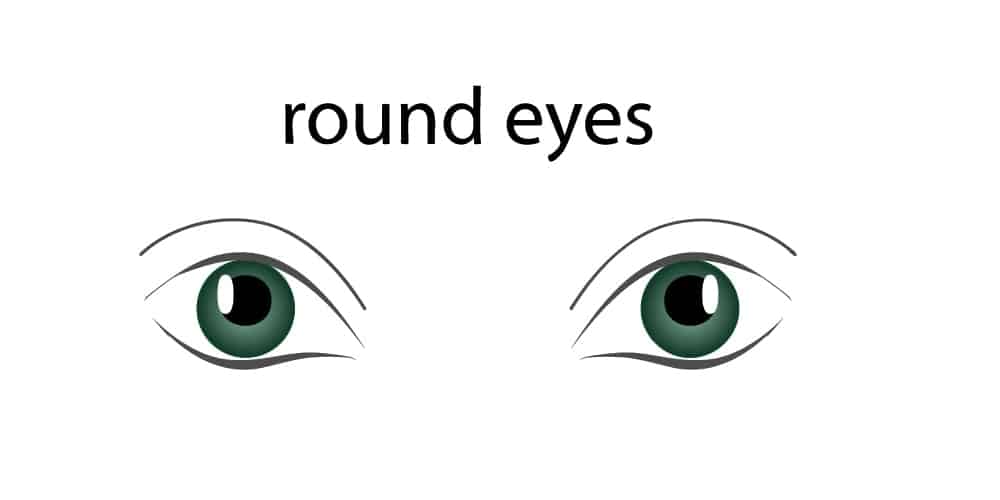 Rounded eyes are going to have more girth in the center and a natural narrowing near the outer and inner corners. Round eyes can make you appear more awake, more alert, and younger overall.

They can also give away age however and they can sag and have puffiness under them that may end up making your eyes look tired. A celebrity that has round eyes is Katy Perry or Cillian Murphy. Round eyes are stunning and can make a face look very young and very delicate as well. 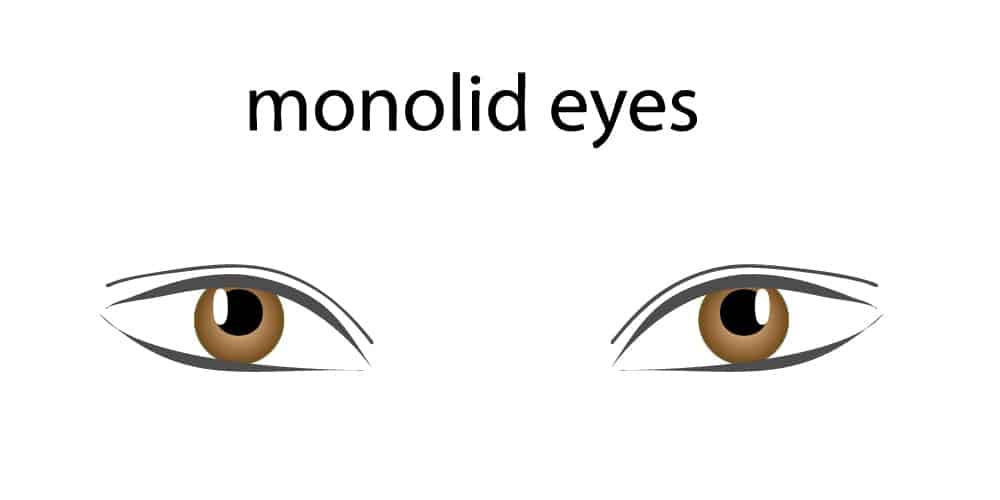 Another eye shape that is normally associated with those of Asian descent is the monolid eye shape. Eyes have a natural double lid look, this means that there is the crease that is situated in the socked of the eye then the brow bone is lifted enough that you can see the mobile eyelid.

This effect creates the appearance of a visible eyelid that you can then put eyeliner, eyeshadow and the works on. A monolid eye is one in which no eyelid is visible.

The brow comes down to meet the lash line and very little, sometimes none at all, of the eyelid is visible. You can use eyelid tape to help make the lid appear bigger and can even create the illusion of a double eyelid. Monolid eyes tend to show age much faster than other eye shapes.

Since the brow is already lower and the monolid eye is naturally narrower than other eye shapes, as the individual ages the skin above the eye is likely to sag and the area beneath the eye may puff which can narrow the eye further and make the monolid eye appear even narrower and even smaller. A celebrity with monolid eyes is Lucy Liu or Korean actor, Gong Yoo. 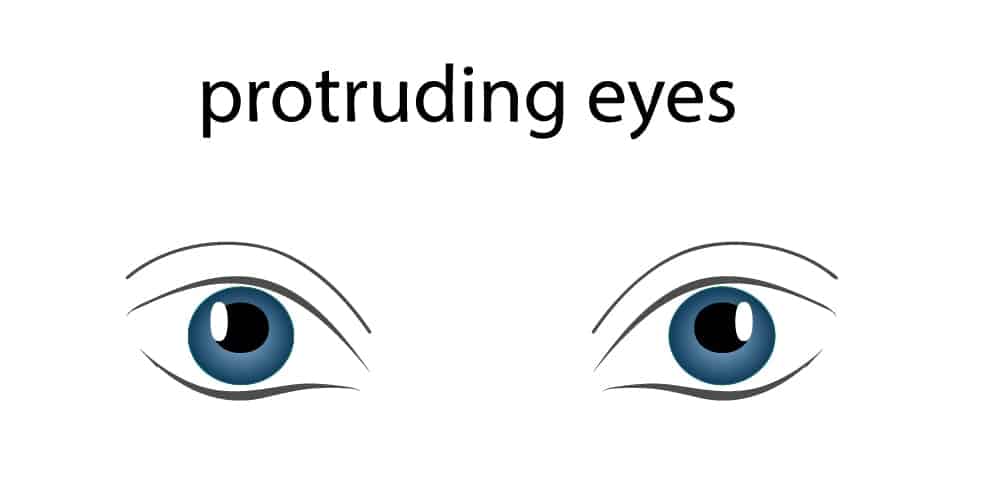 Our eyes are naturally set into the eye socket and therefore into the face which makes them appear either deep set of protruding. Protruding eyes are those that when the person turns profile the eyes appear to bulge out further than other eye shapes.

Protruding eyes are a very unique feature that is not all that common. They can appear to be very trusting and open and can help to soften the face and make the appearance a bit more unique as well. A common problem with protruding eyes is puffiness that can make them look slightly bulbous. 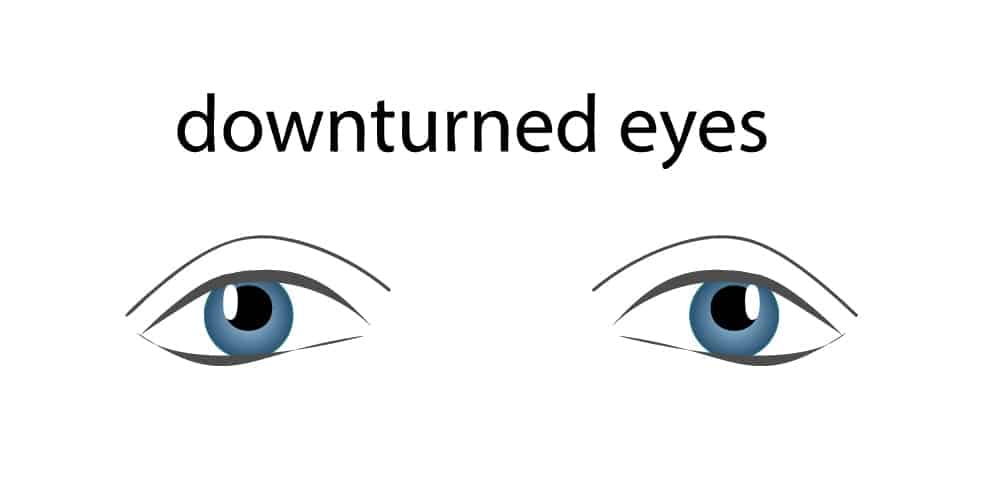 Downturned eyes do tend to show age quickly as they are heavier and do tend to have more skin around them. The most common issue with downturned eyes is crow’s feet at the outer corners and bags under the eyes.

Both of these can be reduced with proper diet and water intake and with some creams. A popular celebrity that has downturned eyes is Anne Hathaway or Katie Holmes or even Ian Somerhalder. Downturned eyes can appear sleepy or very soft and are a beautiful eye shape for both men and women.

This is a common eye shape in cartoons for women as it is seen as a very feminine and desirable trait. Upturned eyes are very attractive and are perfect for makeup like cat eyeliner.

This is a beautiful eye shape and is delicate and dainty. A celebrity with upturned eyes is Sophia Loren or Chris Pine. This is also referred to as the cat-eye shape and is something that many people use makeup to try and achieve. Upturned eyes can be quite narrow and squinting can make them even narrower. 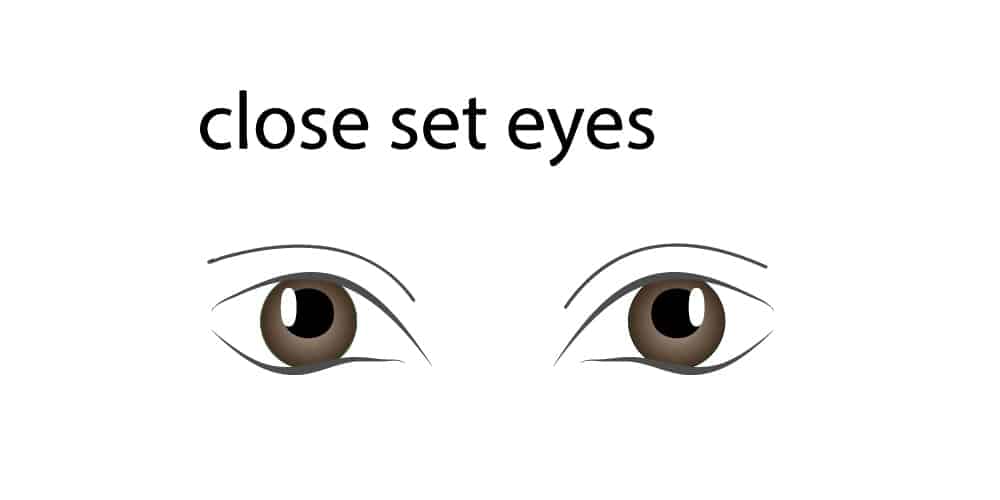 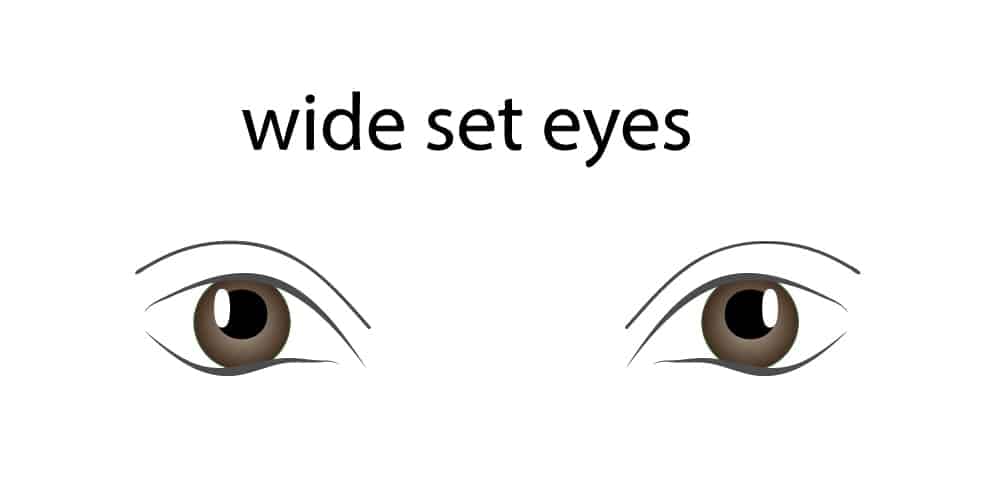