Search
Menu
Search
Beard jewelry and decoration can be a fun way to express personality and design styles at regular or special events when you want to emphasize a great beard you've grown for yourself because it's how you feel most comfortable, or for no other reason than your spouse thinks it's sexy. 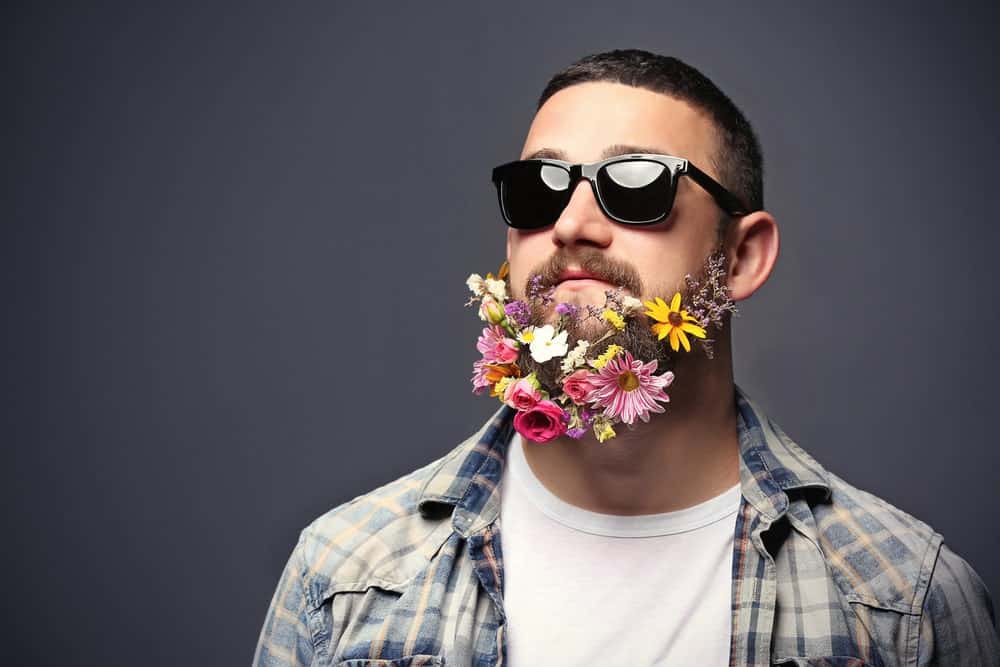 In recent years, beards have come back into style and many men have found their beards to be a way to express their personality. Longbeards are no longer just for professional performers who use it as a means of making themselves and their personalities memorable. It’s not out of the ordinary to see a blue-collar worker or business professional sporting an impressive beard with a distinct style, shape, or length.

There are many beard styles people can choose from, and full-length long beards are popular whether as a full beard, goatee, handlebar mustache, or any other style based on a person’s natural beard growth and face shape.

For some people, beard growth alone isn’t enough to define their style and persona. Fortunately, there are means to decorate a beard. Similar to ornamentation traditionally used for head hair, there are ways to make an already exceptional and impressive beard become even more outstanding.

It depends on each person’s creativity and how they want to express themselves to decide on specific beard decorations, but a few common styles are readily available and have proven themselves to result in a positive response from others as to attractiveness and interest.

A common decoration for any beard long enough to hold them are beard rings. Beard rings can be made of any number of materials. Glass, plastic, and wood can incorporate a variety of colors and styles as they use traditional manufacturing techniques to use. Precious metals such as silver and gold are also popular choices for beard ring materials.

Other metals that make good beard rings are stainless steel, brass, and copper. Pewter can look nice as well, but some people might have an aversion to using such it because of the lead content. Other materials are available, again it’s up to the creativity of the beard wearer, but colored string loops can serve as beard rings, a threaded series of small beads can be made in a circle like some people have used in dreadlock hairstyles, or even a thin strip of leather can be sewn together into a ring.

The above rings are discussing small rings that go around a portion of the beard. Another option is a larger ring that holds the entire beard in it. Somewhat like a ponytail holder, but for a long beard instead of long head hair. Such a ring has the practical use of holding the beard out of the way on hot days or when the beard might be in the way of a specific activity, yet be easily removable to wash or display a beard in its full glory.

Such a ring can be made of any of the same materials as used for smaller rings and can incorporate fancy designs. Celtic chain designs, religious symbols, or links of flowers are all popular choices. Additionally, a beard ring to hold the entire beard can be as simple as a traditional elastic ponytail holder. Again, it’s up to the person wearing the beard, or perhaps their spouse/ partner, to determine what looks best and how they want to portray the beard. 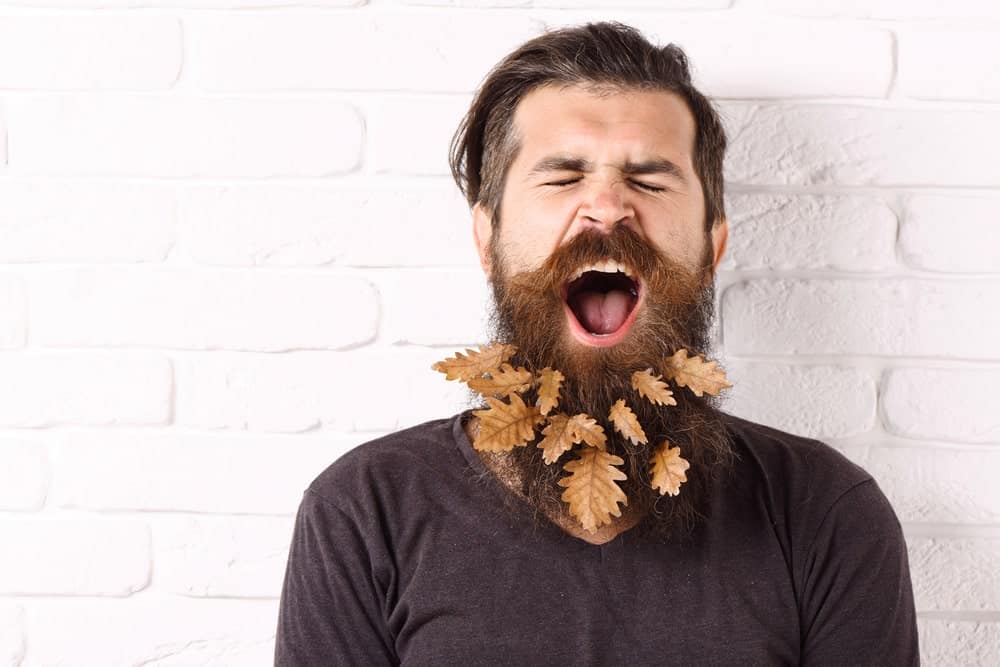 Rings aren’t the only jewelry available for beards, there are ways to get even more creative with decorations to go in long facial hair. Hanging jewelry that resembles dangling earrings can be incorporated into a beard by someone who understands how to place such jewelry both decoratively and securely in such a situation.

Threads and strings can be macrame tied, similar to craft projects and bracelets some people make with colorful art strings, and tied into a beard. Such decorations are great because they’re inexpensive enough to tie into place and remove easily, allowing them to be worn when desired without becoming permanently embedded in the beard.

On the other hand, they can be intricately placed in the beard with strands of hair forming part of the knot system, making them a secure and permanent bit of jewelry that won’t fall out accidentally or be easily removed.

It can’t be said often enough, creativity is the only limit on beard jewelry and decorations. One person might proudly display a design project their five-year-old child made, another person might prefer informal decorations tied into their beard, a third person might like the formality of precious metals and gems. Nothing is wrong with any of those concepts. A gold ring attached to a hanging ruby can be very attractive and show a level of respect and dignity, but someone else might like a hippie stringed and beaded decoration. It’s all up to each person’s style and personality.

Although this isn’t exactly jewelry, another way to decorate beard hair is with bleach and color dyes similar to what people use as part of their regular hairdo style. Such a concept can be used to add highlights while maintaining traditional hair color, or it can be used to switch between being a blonde, brunette, or redhead.

Dyes used in that manner can lighten darker hair or add layers of shadow simulating volume in lighter colored hair. Dye coloring can further add youthfulness to hair which is turning gray or white as it tends to do when people age. Hair dyes are commonly used for regular head hair in this day and age there is no reason not to do the same with beard hair to make it look its best.

Another way to use hair dye is to add splashes of bright color, something professional wrestlers, MMA fighters, and musicians have been doing for years to grab attention and make themselves more easily recognized and their performances more memorable.

Nobody is ever going to forget meeting someone with purple or bright green hair, they especially won’t forget meeting someone with a brightly colored beard which is clearly not their natural hair color. It comes down to how much recognition the person wearing the beard wants, how much they want to stand out, or blend in during their daily interactions with other people. 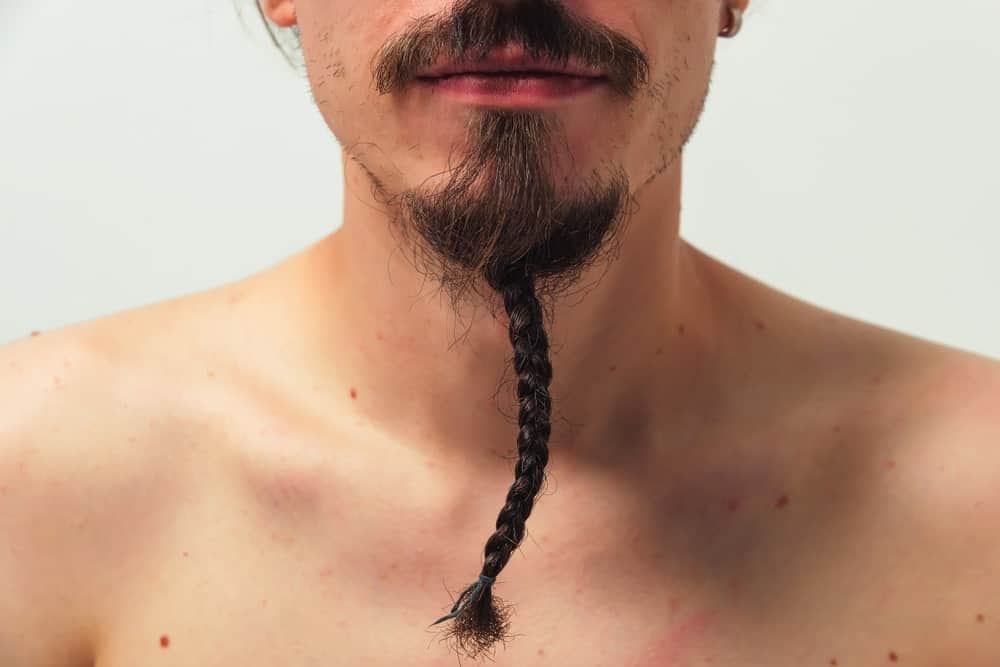 Braiding longer beards is another decorative choice some people make with how they wear their facial hair. Such a design can be either one large braid or multiple smaller braids. Theoretically, a beard could be tied up in a French style braid, or theoretically, in conjunction with a throat beard, a version of cornrows could be braided into a beard. Beadwork can potentially be incorporated into such braids, either as small accents or as an elaborate macrame of styles and colors through the braids.

Rings can be used around a small or large braid, or hanging jewelry can easily be tied into a braid. Dyes can be used to color an entire braided beard or to accent individual strands within one or more of the braids. A streak of someone’s favorite color which matches their natural hair color can easily be separated from the rest of the beard either as one of many braids or as a single strand within a braid.

Beard decoration can incorporate any one or a combination of multiple styles. Generally speaking, such decorative jewelry should be considered towards a person’s overall look. Such an overall look might be a style of clothing, other jewelry the person wears, or tattoos and piercings as body art. Not every look is good for every person’s personality.

Someone who is shy or introverted, (remember, those are different personality traits even if they do overlap a bit for some people) might not want the attention of elaborate beard jewelry designs the same way an extroverted person who is always the “life of the party” might enjoy such flamboyant decisions. The best advice is always to assemble a look which suits each individual and meets their needs in either public or private settings.

Today’s design styles allow for everyone to express themselves as they choose. The choice might be based on career decisions, personal preference, or what others find attractive. Beard styles are varied, and beard decorations are equally as varied. As many reasons as there are to either wear a beard or present as being clean-shaven, there are just as many reasons to incorporate beard jewelry into a design style.

The idea is easily summarized with the statement of, “you do you,” and wear what makes you feel comfortable. Beard jewelry isn’t for everyone any more than a particular beard style best suits how everyone wants to present themselves.

The good thing about beard jewelry is how it’s easy to try and see if it’s something you like. If you realize it doesn’t suit you or isn’t appropriate for your lifestyle it can be removed without setting back the months or years you’ve put into growing such an impressive beard.

It can be used for specific occasions when you want to display a bit of extra flair, or it can be used as subtle accents to your already gorgeous beard. And it can be changed as needed, just like traditional jewelry. You probably don’t wear the same watch for every activity you engage in throughout the month, and you don’t have to wear the same beard jewelry either. 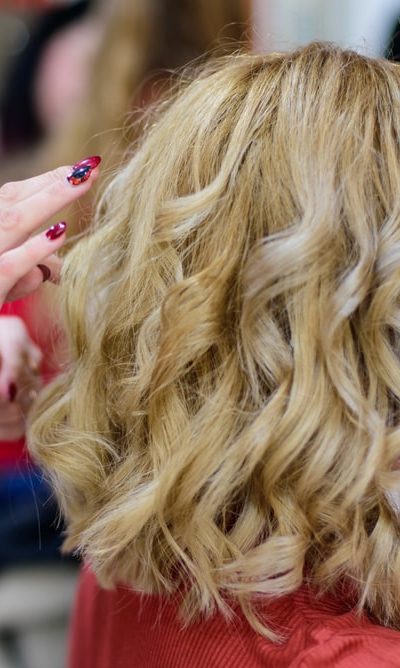 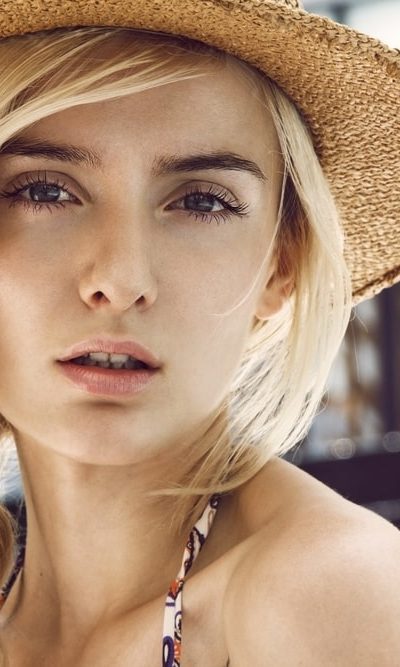